“If you are thrown out of your preparation, you should react aggressively!“
Alina Kashlinskaya (cover) looks back at the victory which paved her way to become new European champion.

Rising stars
Get to know two of the greatest chess hopes from India, Nihal Sarin and Gukesh! (Video) 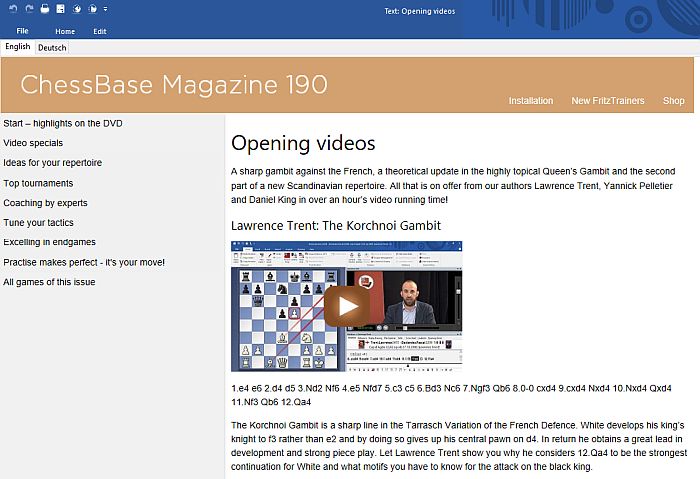 A sharp gambit against the French, a theoretical update in the highly topical Queen’s Gambit and the second part of a new Scandinavian repertoire. All that is on offer from our authors Lawrence Trent, Yannick Pelletier and Daniel King in a video running time of over an hour! 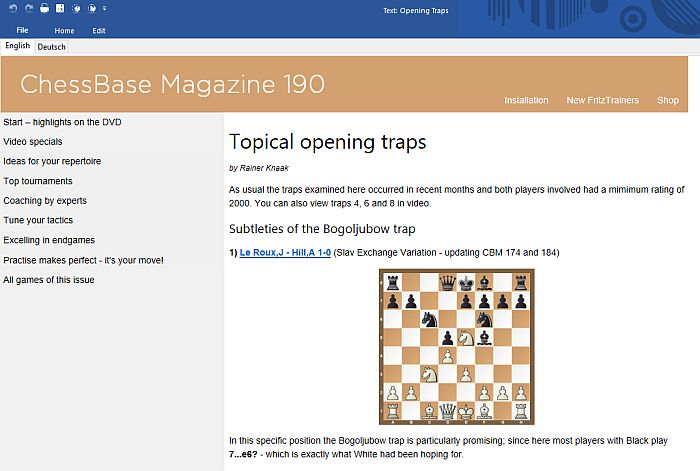 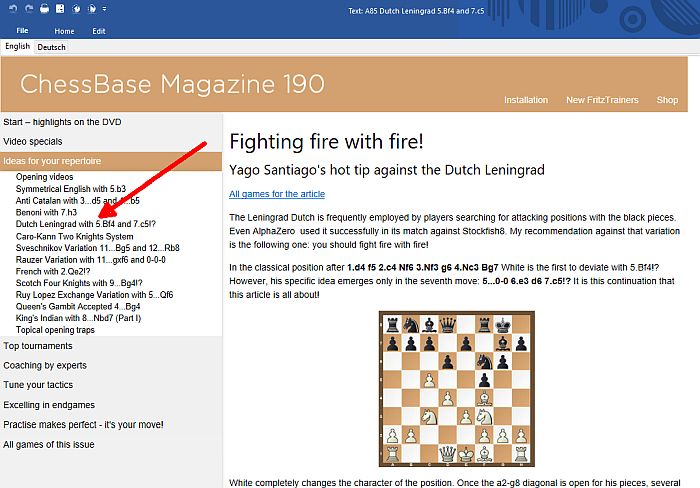 Anti-Catalan, Caro-Kann, Sveshnikov Variation, French, Queen's Gambit Accepted, King's Indian and and and .... Simply load the opening article of your choice from the menu on the left-hand side, e.g. the fiery article of our new author, GM Yago Santiago! 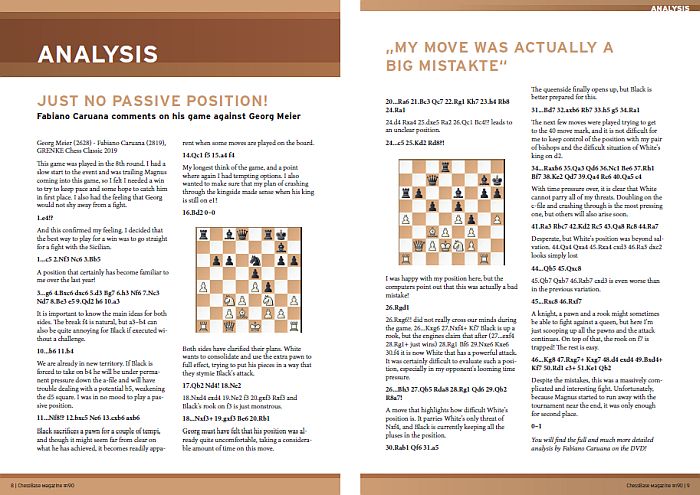 Ladies first: the three players of the European Women's Championship, Alina Kashlinskaya, Marie Sebag and Elisabeth Pähtz, each comment on one of their best games from Antalya. Fabiano Caruana’s analysis of his game against Georg Meier can be found in the magazine shortened on a double page (see above) and in full on the DVD! Analyses by Ian Nepomniachtchi, Vishy Anand, Georg Meier, Vincent Keymer, Radoslaw Wojtaszek, Peter Heine Nielsen, David Navara and others. 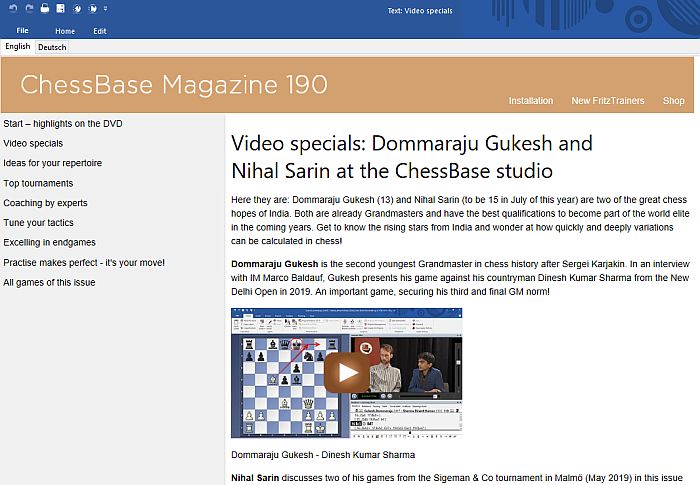 Nihal Sarin and Dommaraju Gukesh are the little stars of this issue. Get to know the up-and-coming world class players from India and wonder at how quickly variations can be calculated in chess. 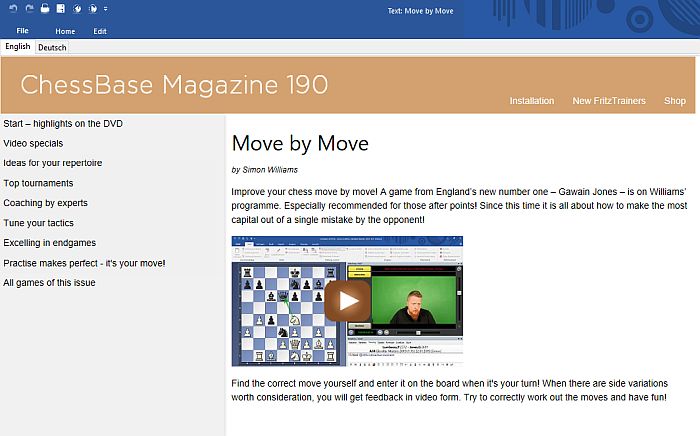 A game from England’s new number one – Gawain Jones – is on Williams’ programme. Especially recommended for those after points! Since this time it is all about how to make the most capital out of a single mistake by the opponent! 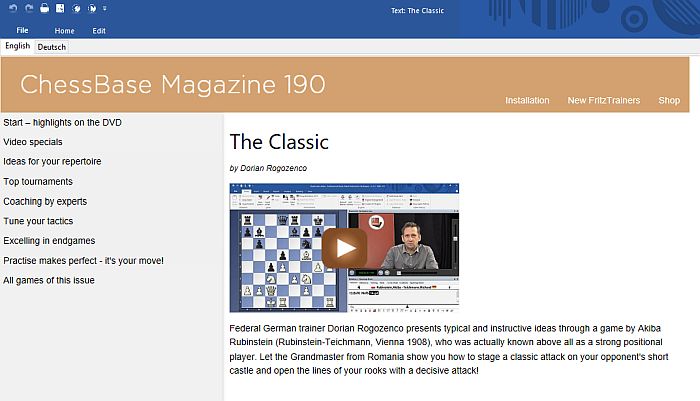 Federal German trainer Dorian Rogozenco presents typical and instructive ideas through a game from 1908 by Akiba Rubinstein, who was actually known above all as a strong positional player. 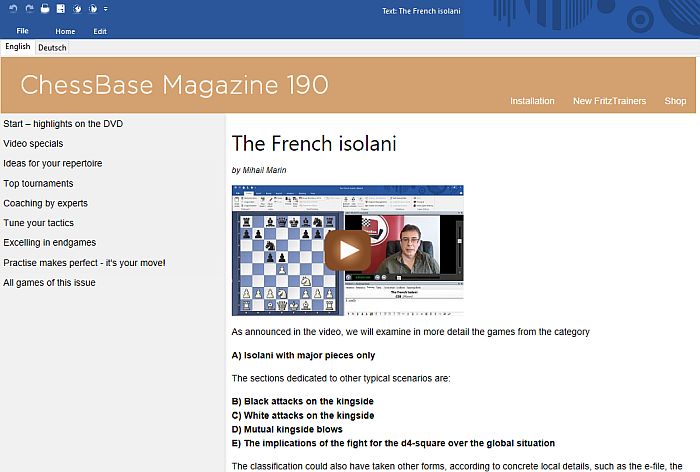 What is the essential difference between the Isolani in the French compared to that in the Queen’s Gambit? When can Black move towards a kingside attack and what typical elements must both sides know? Mihail Marin initiates you into the subtleties.

Tactics – “Ladies to the fore!” 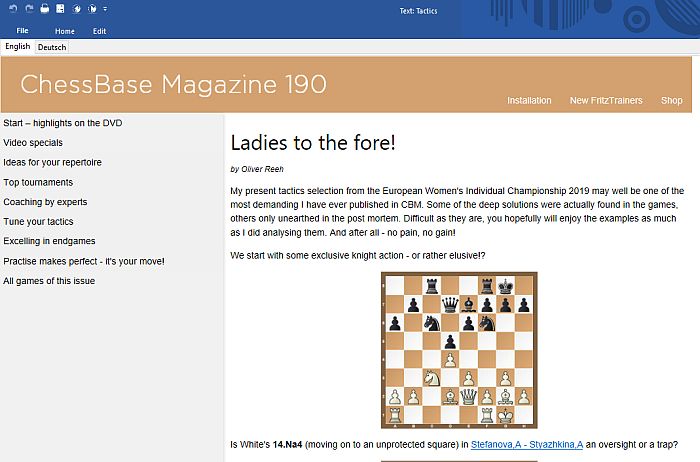 In Oliver Reeh’s selection of tactics from the 2019 Women’s ECh there are some hard nuts to crack. Because "they belong to the most ambitious I have ever published in CBM"! 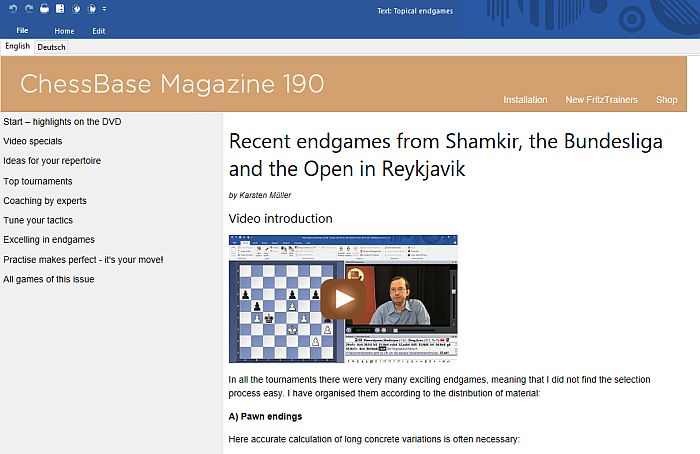 Karsten Müller’s endgame article covers, as usual, a wide spectrum, from pawn endings to complex endgames with several minor pieces and numerous pawns. Including an introductory video and four extra videos, including two in our interactive training format.